Adding the all-round ability of Cameron Green and Ashton Agar not only gives the Australian one-day side much better balance, it could mean Glenn Maxwell’s freak party mishap spells the end of his international career.

By playing Green and Agar in the team against England at Adelaide Oval on Thursday gave new captain Pat Cummins’ team seven frontline batters, six genuine bowling options  and a freshness that was lacking in the failed T20 World Cup campaign.

Even though they conceded 9-287 on the back of Dawid Malan’s 134 after having England in trouble at 4-66, the pitch looks a batting paradise. ABC analyst Dirk Nannes was one of many who said the tourists’ total still probably looks under par in the run-friendly conditions.

The fact that Australia brought up their first 100 runs inside 15 overs without losing a wicket suggests that assessment is spot on.

Maxwell is unlikely to play again this summer after suffering a compound fracture in his leg after colliding with a fellow partygoer on a backyard tennis court.

The 34-year-old Victorian had been planning a return to the Sheffield Shield ranks in a bid to make the squad for the four Tests in India in February where his off-spinners and accomplished batting on turning wickets could have been an asset for the team.

But after hoping to become a three-format representative, he now faces the prospect of losing his spot in at least one and possibly both white-ball sides.

Australian coach Andrew McDonald has indicated the T20 squad will be regenerated with younger players following the meek surrender of the trophy won by Maxwell and an experienced squad in the UAE last year.

Fellow veterans Aaron Finch, Steve Smith and Matthew Wade are likely to moved on and Maxwell is vulnerable after averaging just 18.8 in 36 hits over the past three calendar years, striking at 131, around 20 less than his career rate.

In the one-day arena, Maxwell has used up all his credits for past glories and if he gets another chance, has to perform from the get-go to ensure he heads to India next October for the 50-over World Cup.

He was ineffective at the last World Cup in England, managing just 177 runs from 10 trips to the crease at 22.12 with no half-centuries.

Agar got off to a dud start in his audition for a permanent spot at Adelaide against England, going for 62 off his 10 wicketless overs.

And he will probably be reaching for his wallet after the game after dropping the F-bomb right next to the stump microphone after disagreeing with umpire Paul Reiffel reprimanding him for running into the non-striker while trying to field a ball which had gone to mid-wicket.

But he showed off his fielding prowess with a superb pick up and throw to pull off a direct hit from point to remove Liam Dawson and then denied Malan a six later in the innings with an acrobatic boundary leap and fling.

Agar also added a couple of catches for good measure to remove Jos Buttler and finally send Malan on his way.

Despite a modest afternoon with ball in left hand at Adelaide, the 29-year-old West Australian’s economy rate is a respectable 4.96 in the 10 matches he’s played since the past ODI World Cup, taking 10 wickets at 42.2, playing only half of them on spin-friendly subcontinental decks.

Former Australian keeper Adam Gilchrist believes the selectors need to invest in Agar and they’ll reap a healthy dividend next October in India.

“With limited amount of ODIs between now and 12 months’ time in India for the World Cup, I think it’s only a dozen or so games, I think Ashton Agar is going to play the lion’s share of those games regardless of conditions just to get into the XI and for him to believe he’s in the starting XI and he’ll go into the World Cup full of confidence,” Gilchrist said on Fox Cricket commentary. 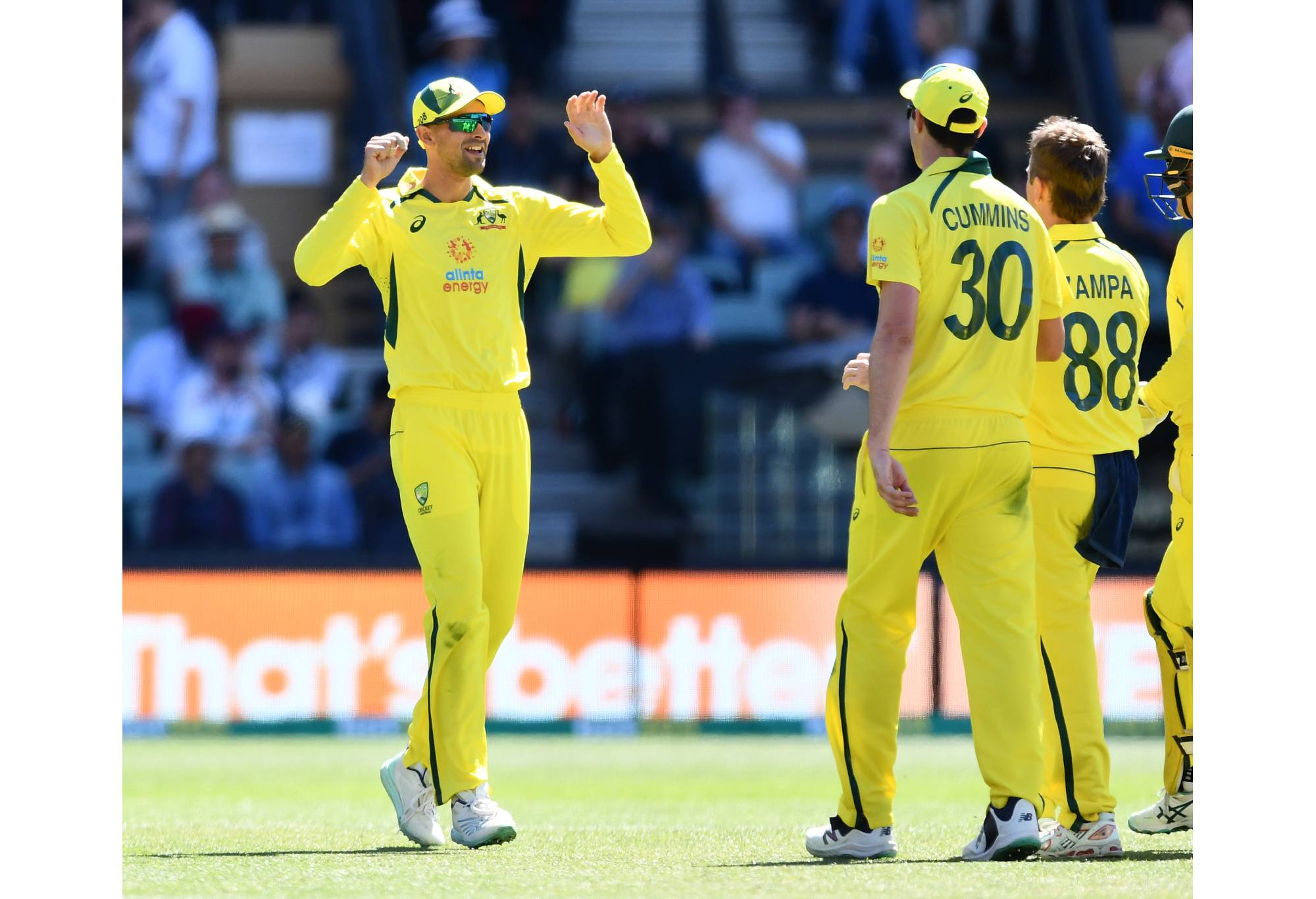 Green also didn’t light the game on fire as a bowler – his seven overs costing 38 runs is nothing to write home about – but this all-round duo, coupled with keeper Alex Carey’s ability to bat in the alongside Marcus Stoinis in the middle order gives Australia the depth that’s needed in the modern white-ball arena.

If a bowler gets taken down, Cummins has variety to choose from or if wickets fall early, he has the luxury of a genuine hitter in Agar slotting in at No.8 before the skipper and the other specialist bowlers are needed with bat in hand.

And Green’s genuine pace and bounce means he can come on as the first-change bowler, giving Australia the luxury of resting Josh Hazlewood, as they did in the ODI series opener, Cummins or Mitchell Starc in the build-up to the Cup.

Even though Cummins is now captain, the established pace trio should be spared as much as possible over a crowded 12-month stretch of four Test series, including the Ashes.

Why the most important topic in physics could be statistical mechanics

Seth Rogen Says Marvel Films Are ‘Just Not For Me’ – Deadline

The Best Netflix Fantasy Shows to Watch in 2023